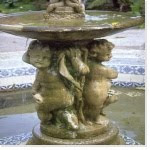 Cette évolution est résumée ainsi dans le FT du 10 juin:
"Research by Hawkpoint, the investment banking boutique, found 41 private equity deals in Europe of more than £100m ($146m) this year, against 57 such deals in all of last year. A fifth have been in the healthcare sector. Other hot sectors are business services and retail, which both offer assets that have held up well in the downturn. Hawkpoint found that almost half of the deals were secondary buy-outs, in which one private equity group sold to another."
"The 41 buy-outs Hawkpoint tracked were, on average, financed with 35 per cent debt and 65 per cent equity. During the credit bubble debt would often make up 80 per cent."
à 20:14